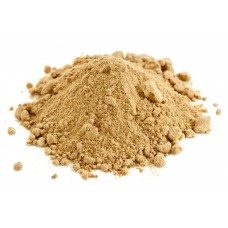 How to use? The traditional Chinese form of preparation for this formula is the prepare a medicinal wine (yao jiu); although, when powdered it can effectively be used to make pills, capsules, or simply add the powder to juice or a smoothie and drink like you would a power-shake.

* This herbal prescription when prepared into a medicinal wine and properly aged will produce about a gallon of very potent wine that will last the user about 60-90 days.

This is a very potent and affective prescription.

The year was 1949; after suffering a resounding defeat at the hands of the “Revolutionary People’s Army,” the once powerful General Yang Sen’s only option was to make a hasty retreat to Taiwan in order to avoid being captured and/or face the likelihood of a lengthy imprisonment or death.   After receiving a report that Mao Tse Tung’s revolutionary forces had advanced to the outskirts of the capitol city, General Yang Sen hurriedly gathered his belongings and began assembling the members of his entourage, which included several of the well-known polygamist’s wives as well as a few of his concubines.

In addition to his women and several trunk loads of valuables, the only other thing that the dethroned military commander insisted on taking was his cache of herbal ingredients for preparing the Spring Wine that he consumed on a daily basis to replenish his sexual energy.

An ardent practitioner of Taoist Sexual Yoga, General Sen’s ferocity as a fighter was only rivaled by his veracity in the boudoir, and his extraordinary sexual appetite.

According to reliable sources it’s widely reported that the General—who was an acknowledged master of Chi Kung and Tao Yin meditation—engaged in vigorous sexual intercourse while strictly controlling the frequency of his emissions throughout his entire adult life, and remained sexually active until his death at the age of ninety-three!

The life-long sexual empowerment which he attributed to his use of the legendary sex tonic that bears his name (General Yang Sen’s Spring Wine)—I might add is not uncommon.

The eccentric highly decorated military commander is known to have consumed the sexual elixir in a medicinal wine upon awakening every morning for nearly fifty-years and was extremely selective in his choice of herbal ingredients for their freshness and potency.

The ingredients in General Yang Sen’s Spring Wine can be expected to powerfully tonify the Yang Chi, nourish the blood, fortify the Chi, and strengthen the Kidney’s (the organ that is associated with sexual functioning) as well as prolong an erection.   It is for good reason that this extraordinary sexual elixir has been used in Taoist Sexology for so many years.

How to best use this formula?  Traditional Chinese medicine recommends preparing this herbal formula into a medicinal wine (yao jiu), which must age for a minimum of 365-days to allow the herbal properties to be properly extracted.  Daily dosage would be to drink one 50ml shot glass full, and treatment is recommend for a minimum of 90 days or as long as necessary for optimum sexual enhancement.  Once prepared the yao jiu can be safely stored for many years; as a matter of fact, the longer it continues to age the more powerful its abilities will become.

Not interested in making a wine?  For those who don't have the time to wait for a yao jiu to age or prefer not to drink alcohol; we will powder the herbal formula and the powder can be added to capsules, or a smoothie or juice and drunk that way.  Daily dosage (for capsules) is 3 caps 3 x daily, when adding the powder to juice/smoothie, mix one heaping teaspoon into 8 ounces of juice/smoothie and drink that 1-2  x daily.  However, we would be remiss if we did not state that while effective when used this way, a medicinal wine does make a more potent brew and the formula's effects are more powerfully felt. Whether you decide to prepare the traditional medicinal wine or use the powdered herb in capsules or a smoothie, we will provide easy-to-understand processing instructions.

Long-term even life-long use is highly recommended. 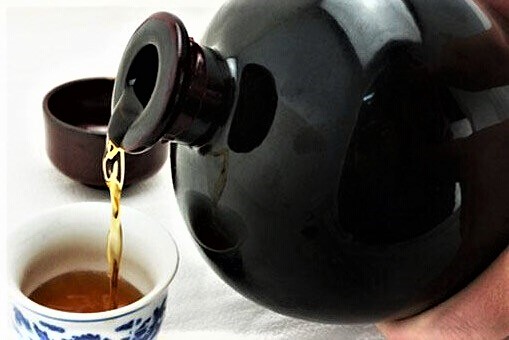 Sad to say but, due to the rising costs of the many of the rare and precious Chinese herbal ingredients in this formula we are forced to increase our cost to you.  If you are not aware, this formula contains several zoological ingredients and the cost for those are prohibitively expensive.  However, we will continue to do our best to keep the price down.