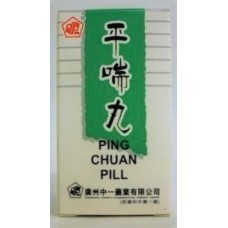 Please use the above “description” button to make your choice. 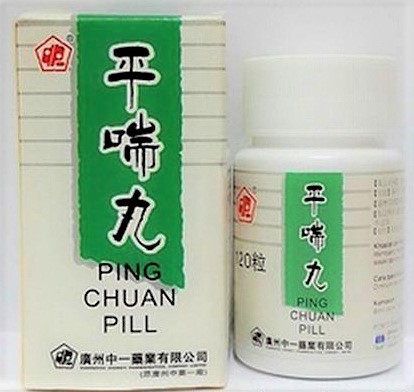 Acute bronchitis is usually a complication of a viral infection such as a cold or flu, but it may also be caused by the effects of air pollution.

Chronic bronchitis often coexists with and can contribute to the development of emphysema. It is not uncommon for suffers of chronic bronchitis to also suffer from emphysema.  When both diseases are present, together they are called COPD (chronic obstructive pulmonary disease).

Although air pollution is a contributing factor in bronchitis, in an overwhelming majority of cases the main cause is cigarette smoking, with symptoms that include cough with mucus, shortness of breath, and in rare cases chest pain.

Traditional Chinese medicine has had some success treating both bronchitis and asthma with Ping Chuan Pills, which will stop coughing and resolve the mucus.  It is effective for coughing with difficult breathing and for chronic asthma, emphysema, and bronchitis.

Ping Chuan can be depended upon to strengthen the lungs, stop coughing, resolve mucus, and relieve labored breathing.

Complete dosage information and order processing instructions will be provided with your order.

Acute or Long-term (continuous) use is recommended.